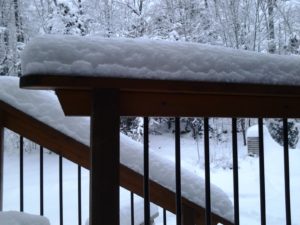 Here’s a new collection of poems in a Second Chapbook – Songs of Privilege. There are a few less obvious pieces in this one.

I wrote On the Beauty of Men as a challenge piece after a dinner with three gentlemen friends. During the meal we had a discussion about beauty. One of my friends said that women are more beautiful than men. My point of view was, understandably I think, opposed to this point. A little while later I wrote this piece in honour of my life-companion’s 50th birthday.

Road Trip DNA is a sound poem (so try reading it out loud) in which I tried to imitate (very roughly)  the form of DNA by using 3-letter words only. Hope you’ll find it amusing.

Searched Language OR down the rabbit hole

programmed molecular dancing is my first piece in this form. I developed it in November of 2015 using a web search tool. I used a selected seed term and a cyclical search pattern to yield increasing numbers of terms until I’d had enough.
Roughly:
First cycle – one term yields one term
Second cycle – one term yields two terms
Third cycle – two terms each yield multiple terms
Fourth and subsequent cycles – N terms each yield multiple terms
Note that each cycle may yield more than the specified number of terms; however, this method may increase the process inputs exponentially.

As anyone who knows me well will tell you, I remember song lyrics. So writing No Picnic using the form of the song Teddy Bears’ Picnic (melody Op103 by John Walter Bratton, lyrics by Jimmy Kennedy) was a natural for me. As I wrote I imagined my musical friends playing and singing it in a minor key.

While politically incorrect to some people, I identify as a native Canadian. I was born in Canada, that makes me a native person. I respect my First Nations cousins and use that term to honour them rather than the more general “native Canadian”.  A Native of Immigrant Ancestry Speaks was inspired by the play Huff by Cliff Cardinal. During the performance, in which there is a suicide/attempted suicide, I had the almost uncontrollable urge to breach the fourth wall and intervene in the on-stage action. This post stands as fair warning that if I were to see the play again I would select my seat with the intention of doing so.

I hope you will find some enjoyment, amusement and food for thought in this Second Chapbook – Songs of Privilege.