Posted by Janet Fraser on December 1, 2017 in Firsts After Fifty, Writing Life 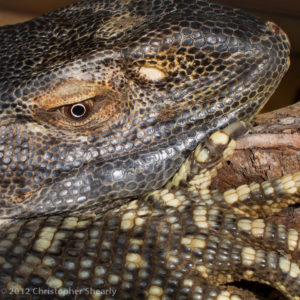 It was gratifying to come home from a Fall vacation and find that one of my poems has been published, under the name Janet L Fraser, in the Ottawa on-line journal Bywords.ca. Why the formality of using my middle initial? There are a number of Janet Frasers in this world (a surprising number just in the Ottawa area) and an award winning poet named Janet Fraser in New Brunswick. Hmm, perhaps a pen name would makes sense for me.

Having a poem selected for publication for the first time begins a new stage of development for me as a writer. Up to this point, very few people I don’t know personally have read my work – I and my work have lived in a relatively safe semi-public space. From this point onward I’m guessing I have to be prepared to experience “slings and arrows”, however modest, just like any other public figure. A prospect at once exhilarating and terrifying for an introvert such as me.

Being published follows my start into public reading at the Tree Reading Series open mic in October. Reading my work to people I’d just barely met reminded me of a Canterbury High School t-shirt for the students in the non-performing arts: the slogan began Don’t look at me – my own first thought about reading in public. However, like many before me, I discovered that people in an audience are mostly friendly and supportive. People mostly contribute to a positive vibe and send waves of energy to me as I speak. How does that happen? As in other forms of theatre, it’s a mystery.

Here, then, is my poem Predators I Have Known, first published in the November issue of Bywords.ca.

next door in his tower
lived the handsome wolf
dangling sweet guitar and song
“come up and hear me play”
how lucky for me:
my innocence, like a sturdy woodsman,
split open his belly and I walked free

into a bedroom in his house
crept the agile weasel
familiar face a masquerade
“hey honey, how ya’ doin’ t’night?”
how lucky for me:
my aunt, like a fairy god-mother,
appeared in an instant and I slept safe

down the hall in his classroom
floated the smiling crocodile
solitude and a mentor’s warmth
“visit here as often as you like”
how lucky for me:
my knowing friend, like a woodland sprite,
lead him away and I moved on

across the quad in his dorm room
lived the silky python
mesmerizing with bookish charm
(what did he say, exactly?)
lucky for me:
my head and heart, now budding alchemists,
used salt water and turned dross into gold