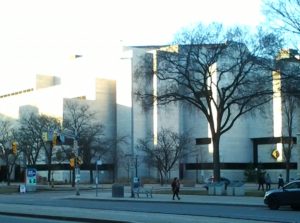 ethereal Elgin for a revised edition

Why a revised edition?

Each of us moves in our our own way and in our own direction through this life due to personal experience and current situation. This can create confusion and conflict when people we’re close to move differently from the way we do.

When I first wrote the poem You Think You Know Me I followed my muse through a specific door, in a specific way, on a specific vector. Some months ago I realized that the door had been swinging in the wrong direction when I went through it so I’ve made a new poem by turning around and going through the door the other way. This new poem is a replacement for the old and reflects a clearer and deeper understanding of myself and of the world around me. My sincere apologies to those of you who may have been dismayed or offended by my first attempt to translate that particular musing onto paper.

For your enjoyment, here is the new poem and a revised edition of my First Chapbook – Proof with the new poem in place of the old.

You Think You Know Her

You think you know her,
angry young man
who shifts his weight
leans just a bit,
and bumps her shoulder
to knock her off balance
in passing
on a suburban city sidewalk.
(just some old white hetero bitch)

what you don’t know is
when the girl from the only Jehovah’s Witness family
in her neighbourhood stood alone
every day in the school yard,
she was the one who went over and made friends

what you don’t know is
a closeted queer guy was her best friend,
and in high school they were seen as a couple
so she never, not once, got asked on a date
‘cause she was not gonna be the one to out him to anyone

what you don’t know is
of all the variety of guys who were her friends
and who she dated over the years,
an immigrant from a different culture and language
was her first love and her first lover

Your anger may be righteous, young man,
but what you don’t know is
if you open your fist, she will shake your hand.